How Do We Celebrate Republic Day 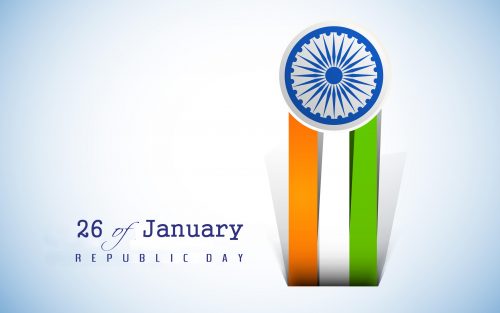 Allpicts.in – How Do We Celebrate Republic Day? this question is a popular question in many countries, especially in India. In this article, I would like to give you some information about the Indian Republic Day celebration. All the facts and information are taken from many sources, news, and articles.

Indian Republic Day is an annual celebration that honors the date on which the Constitution of India came into effect on 26 January 1950 replacing the Government of India Act (1935) as the governing document of India.

There are several large military parades are held in New Delhi and the state capitals. The Indian Army, Navy, and Air Force, and traditional dance troupes take part in the parades.  On this day, ceremonious parades take place at the Rajpath, which are performed as a tribute to India; its unity in diversity, and its rich cultural heritage. The parade starts with India’s prime minister laying a wreath at the Amar Jawan Jyoti at India Gate, to remember soldiers who sacrificed their lives for their country. And then, India’s president takes the military salute during the parade in New Delhi while state governors take the military salutes in state capitals.

Other activities include a ceremony of giving awards and medals of bravery to the people from the armed forces and also to civilians. During the parade, Helicopters from the armed forces fly past the parade area showering rose petals on the audience. Schoolchildren also participate in the parade by dancing and singing patriotic songs. National, state, and local government offices, post offices, and banks are closed on this date. Stores and other businesses and organizations may be closed or have reduced opening hours.

Finally, this wallpaper is one of all alternative pictures for saying Happy Republic Day. I recommend you get other similar wallpapers on this website by visiting our collection below: