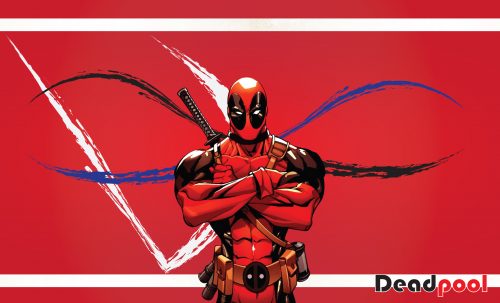 Allpicts.in – One of the most famous antihero characters in Marvel is Deadpool, a red-black anti-hero with a full weapon. Furthermore, this Deadpool Cartoon character was created by writer Fabian Nicieza and artist/writer Rob Liefeld. Deadpool’s first appearance was on the pages of The New Mutants #98, cover dated February 1991.

Deadpool also began making a guest appearances in several Marvel Comics such as The Avengers, Daredevil, and Heroes for Hire. Deadpool is a highly trained assassin and mercenary, highly resistant to most drugs and toxins, and immune to diseases. Other features include slowing the aging process, still alive 800 years,  and also being an expert swordsman and marksman. He is also a multilingual person, he speaks fluently in German, Spanish, and Japanese, and his native English.

The main character of Deadpool also known by his real name – Wade Wilson. Currently, this character become more famous since the movie of “Deadpool, Withness The Beginning of A Happy Ending” for release on February 12, 2016. Ryan Reynolds is starring and plays Wade Wilson or Deadpool.

Due to give you more collections, I also collect about 27 high-resolution wallpapers with this character. Feel free to also add your Deadpool Wallpaper collection with these awesome wallpapers: