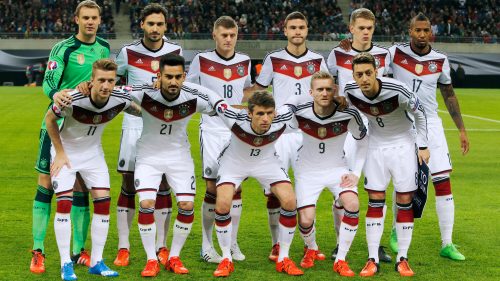 One of the strongest and the most successful national football is Germany, this team is the winner of 2014 World Cup. This is the wallpaper of Germany National Football with their latest 2016 squad. Feel free to download and set this picture as your desktop background.

Coached by Joachim Low since July 2006, Germany football squad is one of the strongest in the world. Most of the squads are the important player in their club. There are several famous footballer in this team, their latest squad is the list of players for UEFA Euro 2016 France, here are the list:

I also collect several wallpapers with picture of famous Football players and teams on this website. Feel free to browse them randomly on below gallery.