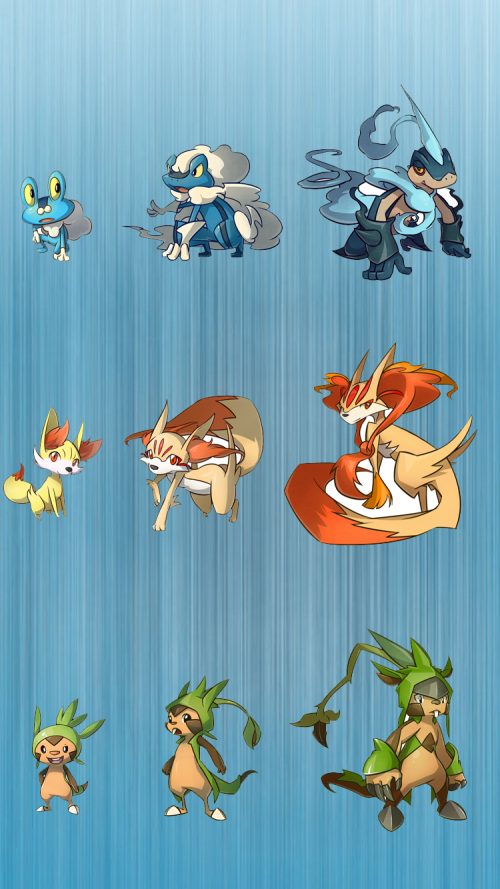 Here is an iPhone 6s wallpaper for Pokemon lovers. Three character evolution of Pokemon on iPhone Background. Featured with the evolution of Chespin, Fennekin, and Froakie. At the first line, there is an evolution process of Froakie, the Bubble Frog Pokémon. Froakie evolves into Frogadier to improve the jumping skill, the next evolution of Frogadier is Greninja. Greninja also known as Ninja Pokemon. Pokemon characters become more popular since the launch of Pokemon Go game in 2016.

At the second line (center), there is the evolution process of Fannekin, the Fox Pokemon. The next evolution of Fannekin is Braixen, and the last, Braixen evolves into the Delphox.

The third line shows you the evolution of Chespin, known as the Spiny Nut Pokémon, is a Grass type. Chespin evolves into Quilladin and then evolves into the Chesnaught.

Feel free to collect this Pokemon on iPhone wallpaper, you can also download for another iPhone 6s and iPhone 6 wallpaper with Pokemon characters on below gallery: