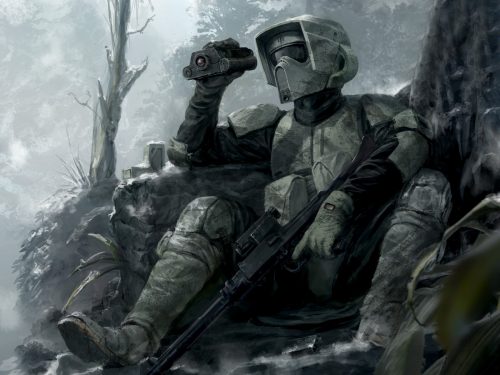 If you love Star Wars, you should know this picture, this is the Scout Trooper sniper with E-11s sniper rifle weapon. This picture is the Star Wars Wallpaper 3 of 23 best selection. Featured with a high resolution picture of an ambushed scout trooper sniper with a E-11s. The E-11s sniper rifle was a modified blaster rifle and was the standard issue weapon for the Empire’s scout troopers. Scout troopers, also known as biker scouts, were specially trained soldiers of the Imperial Stormtrooper Corps.

I have huge collection of Star Wars wallpapers on this site, feel free to download all of them by selecting on below gallery: