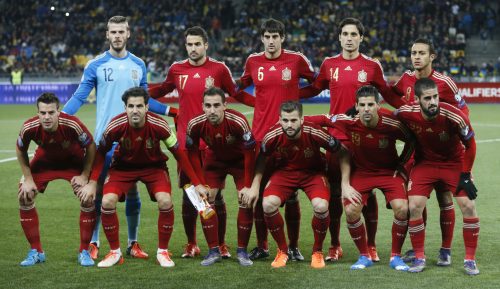 This national team is one of the best team in the world, this is the Spain National football squad for 2016. Here is the picture of the squad that you can use for wallpaper. Spain football squad consists of several best footballer in the world such as David de Gea (Manchester United’s goalkeeper), Cesc Fabregas, Sergio Ramos, and many more.

Currently, there are about 23 players of Spain football squads are called by the coach Vicente del Bosque for UEFA EURO 2016. Here are the list of the players: