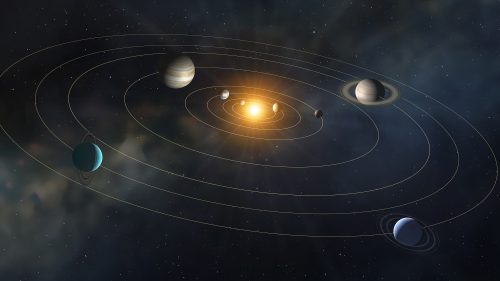 Our Earth and Our Solar System

The solar system is a collection of gas, dust, comets, asteroids, moons, and planets that orbit a star. The earth is one of the eight confirmed planets of our solar system. There are also many dwarf planets that orbit the sun. The first of four planets – Mercury, Venus, Earth, and Mars – are small with rocky surfaces. The four other planets are the gas giants Jupiter and Saturn and the ice giants Uranus and Neptune.