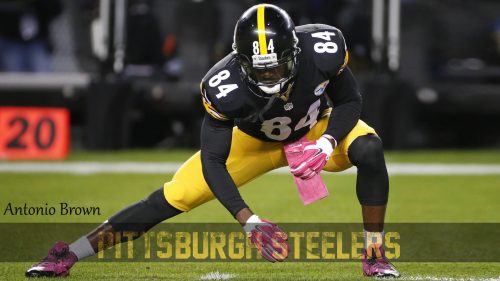 After publishing several wallpapers of several Pittsburgh Steelers players, including Le’Veon Bell and Ryan Shazier, here is another player of The Steelers – Antonio Brown. He is the #84 of the Steelers and plays as Wide Receiver position. On June 15, 2010, the Pittsburgh Steelers signed Brown to a three-year, $1.28 million contract with a signing bonus of $73,075. On February 27, 2017, Brown signed a new five-year contract with the Steelers through the 2021 season. The contract is a four-year extension worth $68 million ($19 million guaranteed at signing) with a $17 million annual price tag, making Brown the highest paid wide receiver in the NFL.