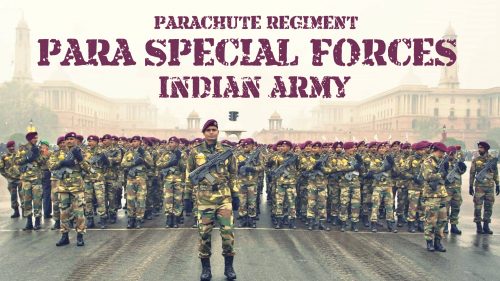 Allpicts.in – It’s free to download and share this picture of Para Special Forces Indian Army or Para Commando. You can also use this cool Indian Army man image for your desktop background. Featured with HD resolution, this Para Special Force wallpaper has a configuration of 1920×1080 pixels. So, you will easy to use it for widescreen monitors. Para Commando HD wallpaper download.

Para Special Forces are one of the units of the Parachute Regiment in the Indian Army. These special forces are tasked with special missions such as direct action, counter-terrorism, special reconnaissance, counter-proliferation, seek and destroy, personnel recovery, and many more. Furthermore, The Parachute Regiment presently has seven Special Forces, six Airborne, two Territorial Armies, and one Counter-Insurgency (Rashtriya Rifles) battalion in its fold.

How to Join the Indian Army

This is a simple question when talking about the Indian Army. There is information that you can get on the internet. Just browse on Google and you will get the best answers. The easiest way to get the best information is by visiting the official website of Join Indian Army at http://joinindianarmy.nic.in.

Choose the type of commission and get the training

As an alternative, you can also have the option to join the Indian Army and serve on Short Service Commission for 10 up to 14 years. After joining for 10 years, there are three options: 4 Years extension, elect for Permanent Commission or retire. You should go to Officers Training Academy at Chennai according to your position in the final order of merit, up to the number of vacancies available at the time.

How to become an Indian Special Forces Paratrooper

The Parachute Regiment consisting of PARA and PARA (SF) battalions is the elite volunteer force of the Indian Army. So, the regiment needs to be at an optimum level of operational efficiency and physical fitness. They
should be comparatively young, physically fit and mentally robust, intelligent, innovative, and highly motivated.

How To Become a PARA Commando – Officers

1. For gentlemen Cadets of IMA and OTA: Pre-Commission. Volunteer GCs from IMA/OTA will be commissioned at the scale of two officers per battalion per year. These officers will be allotted a parent regiment by MS Branch.

2. For Officers serving in the Indian army [Post Commission]: Officers from all Arms and Services can volunteer for the Parachute Regiment subject to them having less than five years of service on the day they volunteer, being in the medical category SHAPE-I and being graded `EXCELLENT’ in BPET. These officers will retain their affiliation to their Regiment/Corps (as parent regiment).

How to Apply for PARA Special Force

Officers will forward their application in duplicate to the MS Branch (MS-2) duly countersigned by the Commanding Officer with a recommendation of higher HQ (one up). The application of volunteer officers including those from AMC will NOT be withheld at any level, even though the officers in the chain may not recommend the same.

There are several facts about Para commando you should know. I try to observe several words associated with para commando. Here are the facts:

I hope that you will also download more Indian Army HD wallpapers 1080p and download them on this site. All of my Army wallpapers are designed in high resolution with more than 1920×1080 pixels. So, feel free to collect several of them by visiting the gallery below: