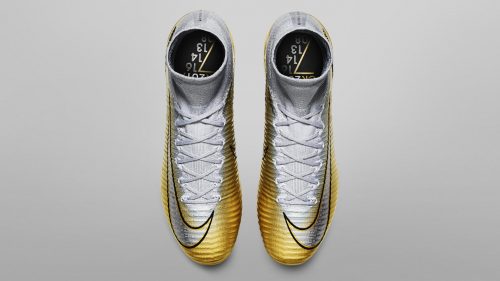 I would like to share you another picture of Quinto Triunfo Boots, a special boots for Cristiano Ronaldo by Nike. This picture was taken from Nike.com and I use this as one of the collection of Nike Shoes Wallpaper. Similarly with my previous wallpaper – Nike Shoes Wallpaper with Cristiano Ronaldo Quinto Triunfo Boots, this picture also configured in HD resolution. I hope you will love to use this picture as a reference when you want to buy this shoes. The shoe is featured with special Swoosh and visible with movement, the years of his previous and current awards appear: 2008, 2013, 2014, 2016 and 2017. It also featured with Nike’s most premium sole plate.

I have a lot of wallpapers with picture of Nike shoes. I recommend you to download them for some references by visiting our gallery below: