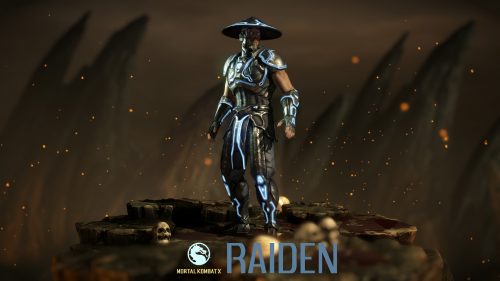 Also known as Lord Raiden, Rayden or Raijin, this character is one of seven original characters of Mortal Kombat series since 1992. This Raiden wallpaper shows you his appearance in the Mortal Kombat X video-game (2015). He commands many supernatural abilities such as teleportation, flight, and control of the elements. Raiden is one of the series’ most recognizable characters. Raiden is the eternal God of Thunder, protector of Earthrealm, and arguably one of the most powerful characters in all of Mortal Kombat.