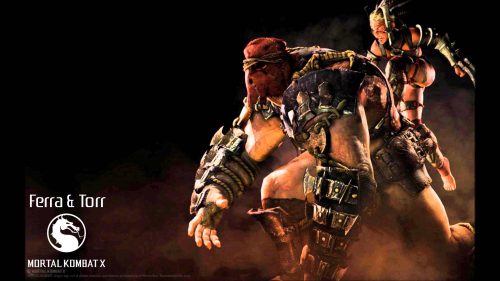 Feel free to download this Ferra and Torr wallpaper for your private collection. Set this wallpaper and other Mortal Kombat X characters pictures as your desktop background. Mortal Kombat X is a fighting video game developed by NetherRealm Studios and published by Warner Bros. This video game was released on April 14, 2015 for Microsoft Windows, PlayStation 4, and Xbox One. Ferra and Torr are a symbiote pairing consisting respectively of a young female rider and a giant masked brute, and were found wandering the Tarkatan wastelands before being made to serve as new Outworld emperor Kotal Kahn’s personal bodyguards. They are of an Outworld species in which the rider bonds with its mount.

I hope that you will completing your Mortal Kombat X Characters picture collection by downloading on below gallery: