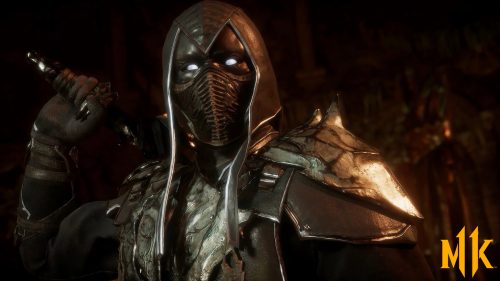 Allpicts.in – After publishing many wallpapers of Sub-Zero, I would like to share with you this Noob Saibot wallpaper. This wallpaper is the 26th collection of all 31 wallpapers of all Mortal Kombat 11 characters. If you love to download this cool wallpaper. Feel free to download it in its original size with 1920×1080 pixels.

Noob Saibot also popular as Bi-Han, one of the few original characters in Mortal Kombat arcade game as Sub-Zero. Bi-Han is the older brother of the current, younger Sub-Zero: Kuai Liang. After his death and resurrection as Noob Saibot, he has been a recurring antagonist in the franchise. At the end of the first Mortal Kombat tournament, Bi-Han was murdered by Scorpion. Noob Saibot was able to remove and control a kombatant’s powers using a ghastly force in the form of projectile attacks. is prominent powers are of the shadowy element. His Wraith physiology grants him immortality similar to his fellow wraith Scorpion.

Moreover, you can also collect all 31 wallpapers of Mortal Kombat 11 characters from this website. Just visit the gallery below to download all wallpapers.