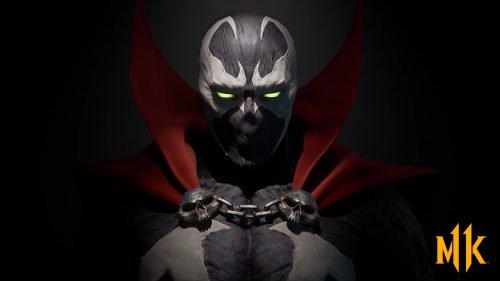 Spawn remains one of the most popular comic book characters outside of Marvel and DC. Originally, Spawn is a fictional superhero appearing in a monthly comic book of the same name published by American company Image Comics. His original name was Al Simmons and he was born in Detroit, Michigan.

Simmons is highly intelligent and physically strong. After being murdered during a mission in Botswana, Simmons is sent to Hell due to his life as an assassin. Making a deal with the devil, known as Malebolgia, Simmons agrees to become a Hellspawn. After rebirth, Spawn arrives on Earth in a daze off-balance and disoriented.

Furthermore, I hope you will like to download and save this wallpaper. As an alternative, feel free to collect all 31 wallpapers with pictures of Mortal Kombat 11 characters or Kombatans.