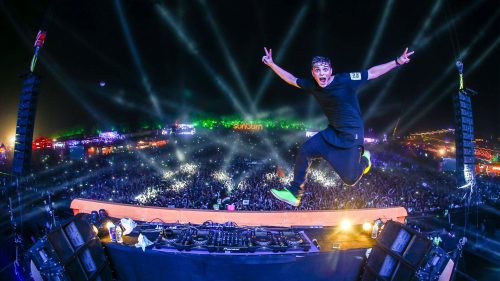 Martin Garrix is a Dutch DJ, his full name is Martijn Gerard Garritsen and better known with his styled stage name as as Mar+in Garri×. He is ranked number 1 on DJ Mag’s Top 100 DJs list for 2016 on 19 October 2016. I use this picture as one of my best selection of DJ wallpapers.