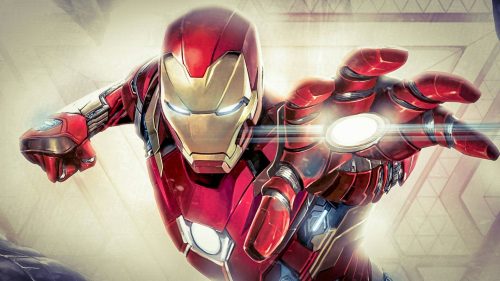 Iron Man Mark XLVI appears at the movie of Captain America: Civil War, It was built after Mark XLV was damaged during the Battle of Sokovia. The Mark XLVI or Mark 46 is one of the most advanced suit Tony has made. It was designed in unique with a trapezoid-shaped indent design stationed around the circular chest RT. Colored in red and gold with small arc-reactor lights placed around the body. The small arc-reactors allowed Stark to see 360 degree panorama view. The OS of The Mark XLVI is the F.R.I.D.A.Y. O.S. Just like the Mark 45.