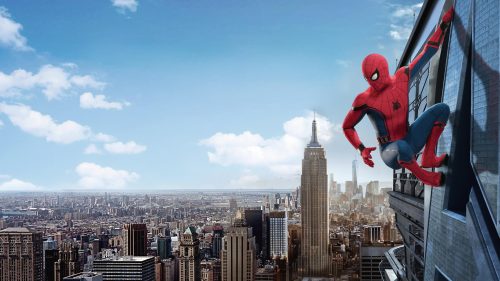 After publishing Superman and Batman wallpaper, here again another superheroes wallpaper. This is Spider Man (3 of 23), the #3 of all 23 favorite superheroes wallpaper. Spider Man, usually known as Spider-Man is a fictional superhero appearing in American comic books published by Marvel Comics. The character was created by writer-editor Stan Lee and writer-artist Steve Ditko, and first appeared in Aug. 1962 at the anthology comic book Amazing Fantasy #15.  Spider-Man is one of the most popular and commercially successful superheroes. Spider-Man has been portrayed by actors Tobey Maguire (2002–2007), Andrew Garfield (2012–2014) and Tom Holland (2016 – now).