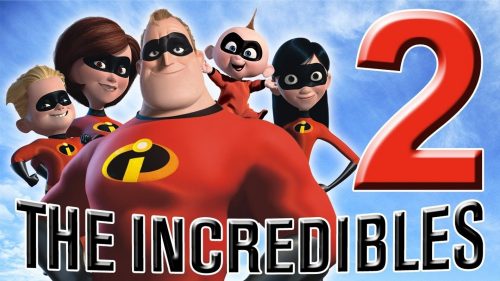 This is the picture of The Incredibles (12 of 23), the code of #12 of all 23 HD wallpapers 1080p with superheroes. The Incredibles is a 2004 American computer-animated superhero film written and directed by Brad Bird, produced by Pixar Animation Studios. As one of Pixar animated films, The Incredibles has a huge of fans in the world. The film follows a family of superheroes who are forced to hide their powers and live a quiet suburban life. The main characters of this film is the Parr family: Bob Parr, Helen Parr, Violet Parr, Dash Parr and Jack-Jack Parr.

Bob Parr or Mr. Incredible possesses tremendous strength and durability. Helen Parr or Elastigirl is Mr. Incredible’s wife. Helen can stretch any part of her body up to 100’ (34 m) and can be 1 mm thin. Violet Parr, a junior high school teenager stuck at the crossroads between girl and woman. Her superpowers allow her to turn instantly invisible, and to generate spherical force fields to protect herself. Dash Parr is a speedster and can run in super speed. Jack-Jack Parr is the youngest of the Parr children, Initially believed to be the only family member without any powers, he manifests a multitude of superhuman abilities at the end of the film, most of which are types of shapeshifting.

I collect a lot of wallpapers with Pixar animated films, here are they: