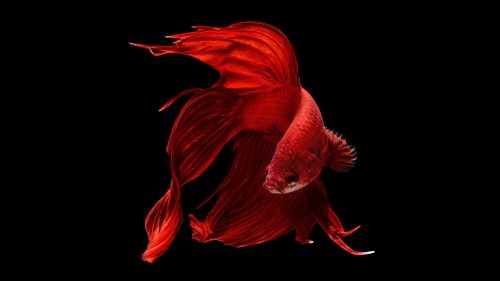 Betta fish also known as Siamese fighting fish is a popular fish in Asia, there are several names of this fish such as pla-kad fish in Thai or trey krem in Khmer and Cupang fish in Indonesia. This fish is native to the Mekong river so this fish is popular in several South Asia and East Asia such as Laos, Cambodia, Vietnam, Thailand, Indonesia, Malaysia and Singapore.

People usually categorizing Betta fish by their fins or tail style. I have a good article of facts about Betta fish in: Halfmoon Betta Wallpaper 1 of 7 – Blue Halfmoon (Betta Fish Facts), here are the common tail types:

Feel free to download all complete Halfmoon Betta fish wallpapers on this site.