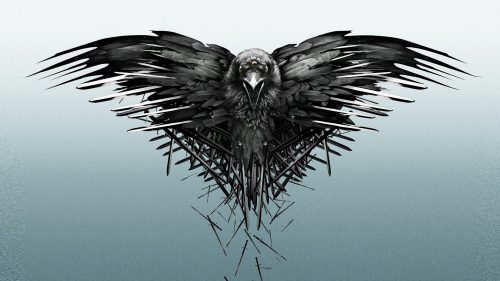 Allpicts.in – This wallpaper is the second collection of all 20 Game of Thrones Live Wallpapers for PC. It’s featured with HD picture of a three-eyed crow which appears s to Bran Stark in dreams. It is known by the children of the forest as the last Greenseer. Greenseer is the title given to people who possess the magical ability to perceive future, past or distant events in dreams known as Green Dreams. In the television adaptation Game of Thrones it is known as the three-eyed raven. When Bran Stark is in a coma after his fall, a crow appears in his dreams and tells Bran it can teach him to fly. Bran realizes it has three eyes, with the third eye full of a terrible knowledge. The crow guides him out of his coma.

Currently, this picture character was adjusted into HD resolution with 1920×1080 pixels. So, I recommend you to apply this wallpaper as one of your desktop background collection. Moreover, you can also download another Game of Thrones wallpapers on this website by visiting our gallery below:

20 Wallpapers of Game of Thrones