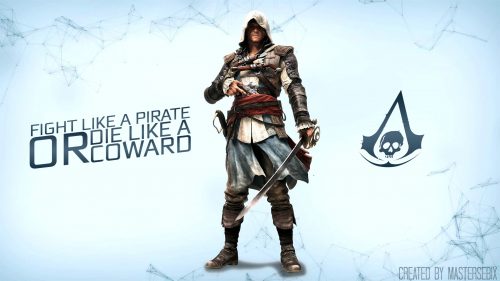 This is an alternative wallpaper for desktop background, a Free Assassins Creed quotes for wallpaper by Mastersebix. This cool Assassin’s Creed HD wallpaper is a favorite picture for game lovers. The quote on this picture is: “Fight like a pirate, or die like a coward”. This wallpaper has a resolution of 2560×1440, a large picture that can be a good wallpaper for many purposes.

I have a lot of wallpapers with animation pictures. Feel free to collect several of them by visiting the gallery below: