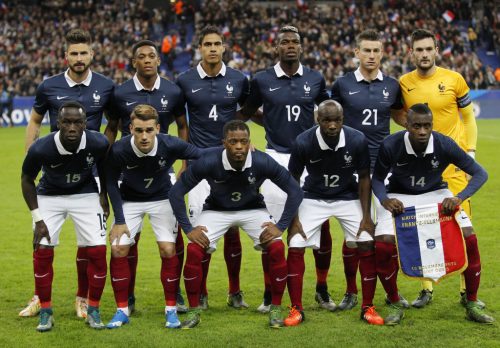 This picture is the latest France Football Team for 2015 and 2016 season. Most of the squad are called for UEFA EURO 2016. This team consists of new comers and new stars such as Paul Pogba and Anthony martial. Currently, the team is coached by Didier Deschamps and captained by Hugo Lloris.

France become one of the participant of the UEFA EURO 2016, There are 23 players of France Football Squad who called to this event. Here are the list: