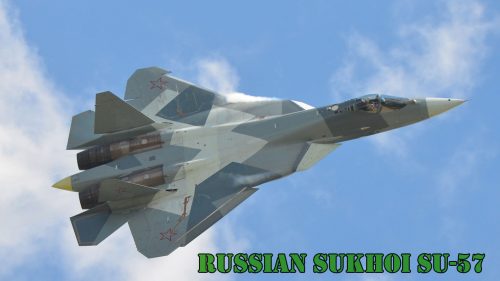 It’s great to share you this fighter jet wallpaper. This is the Ressian Sukhoi SU-57. The Sukhoi SU-57 is the multirole fifth-generation jet fighter for air superiority and attack operation. A single-seat twin engine aircraft which being developed by Sukhoi. Sukhoi is a major Soviet, and later a Russian aircraft manufacturer, headquartered in Begovoy District, Northern Administrative Okrug, Moscow. The Su-57 is planned to be the first aircraft in Russian military service to use stealth technology. The Su-57 is intended to succeed the MiG-29 and Su-27 in the Russian Air Force.

I’m glad to share you this photo of Sukhoi SU-57 and I hope you will love to download and use it as your desktop background. As an alternative, you can also download another fighter jet wallpapers from this website by visiting our gallery below: