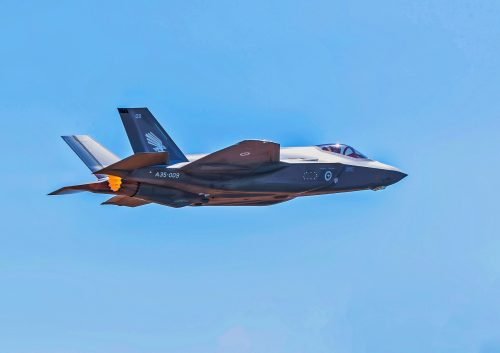 Collect this fighter jet wallpaper and use it as your desktop background. This is a high quality picture of the F-35A Joint Strike Fighter of the Royal Australian Air Force. The F-35A Joint Strike Fighter is the Australian Defence Force’s first fifth-generation air combat capability. It is a highly advanced multi-role, supersonic, stealth fighter which will meet Australia’s requirements to defeat current and emerging threats. This picture was originally published on unsplash and been uploaded by John Torcasio.

Here are the specification of the F-35A Fighter Jet:

Moreover, I hope you will love to download this Fighter Jet Wallpaper. By visiting our gallery, you can download another wallpapers of Fighter Jet: