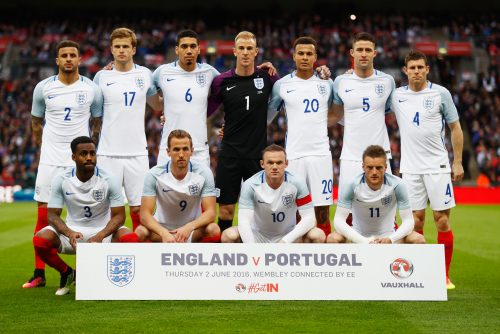 Allpicts.in – One of the most favorite national football teams in Euro 2016 is England. This is a high-resolution picture of England’s national football team 2016 in their newest jersey. Featured picture of the squad which consists of many famous footballers such as Wayne Rooney, Harry Kane, Daniel Sturridge, and many more. The squad wears their latest home jersey, I also have another wallpaper of the England National football team in an away jersey. This photo was taken at International Friendly between England VS Portugal in London, England – on June 02, 2016 – at Wembley Stadium.

I share you this list of England football players who were called by the coach Roy Hodgson for EURO 2016, most of the players are also the best player in their club:

I also collect several pictures of famous football players on this website, feel free to browse them randomly below the gallery.