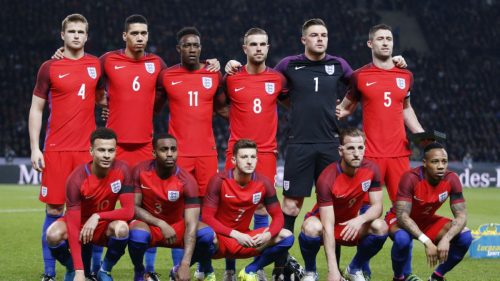 This is the newest starting XI of England Football Team for 2016. This starting eleven is the new composition for UEFA EURO 2016 in France. The squad consists of many young footballer such as Marcus Rashford, Dele Alli and Harry Kane. Coached by Roy Hodgson and captained by Wayne Rooney, this team is one of the most favorite international football team now. This picture is the England national football squad with their newest away jersey. I also published another wallpaper of England football team on their home jersey.

You can also download another wallpapers football players or squad for many famous football clubs or International football team on this site.