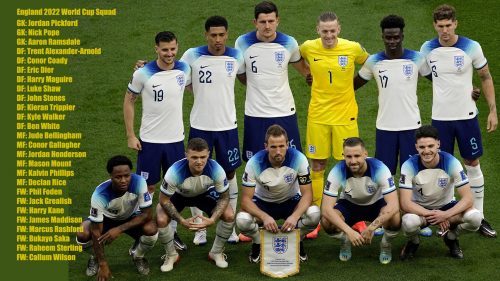 Allpicts.in – England 2022 World Cup squad picture on this article is free to download. This England football players wallpaper is featured with the names of all 26 rosters. Feel free to save and print this picture. This picture is one of the collections of football wallpapers from the 2022 Qatar World Cup. The Three Lions have been paired with the USA, Wales, and Iran in Group B. This photo has been captured during the match between England and Iran.

Finally, feel free to collect and share this picture of England’s squad for the 2022 Qatar World Cup. You can also download other wallpapers of the 2022 World Cup by visiting the gallery below.