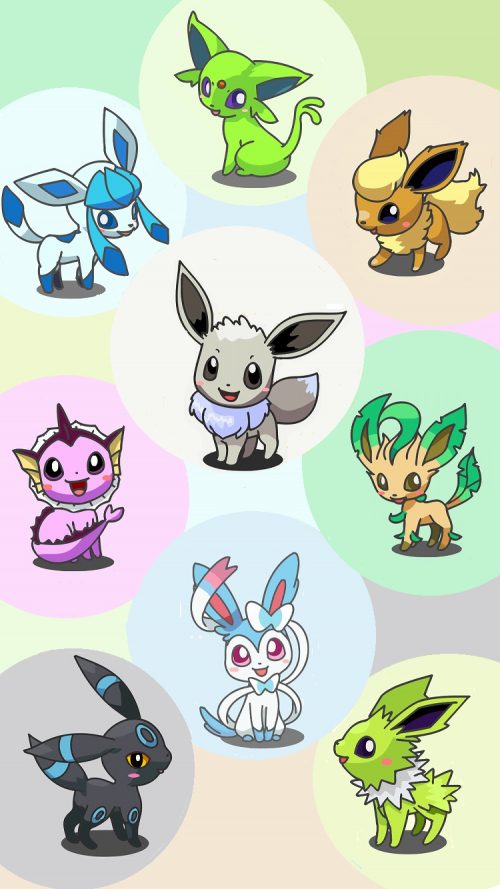 Allpicts.in – This is the picture of Eevee and Eeveelutions Pokemon on the iPhone Mode Wallpaper. There are nine characters of Eevee and Eeveelutions on this picture. This picture was designed proportionally for Apple iPhone 7 and Apple iPhone 6s wallpaper. The resolution of this picture is 750×1334, the same size as the official Apple iPhone 6 and 6s resolution. Pokemon is a popular game and Japanese manga which consists of hundreds of characters. Pokemon characters become more popular since the launch of the Pokemon Go game in 2016.

At this wallpaper, there are 9 Eevee and Eeveelutions family characters. They are Glaceon, Espeon, Flareon, Eevee, Vaporeon, Leafeon, Umbreon, Sylveon, and Jolteon. Glaceon is known as the Fresh Snow Pokémon and Being an ice-type. Espeon is a cat-like form of Eevee with lavender colored. Flareon is also known as the Flame Pokémon. Flareon is the result of an Eevee being exposed to a Fire Stone.

I have several other wallpapers for iPhone 7 with Pokemon character, you can browse all of them on the gallery below: