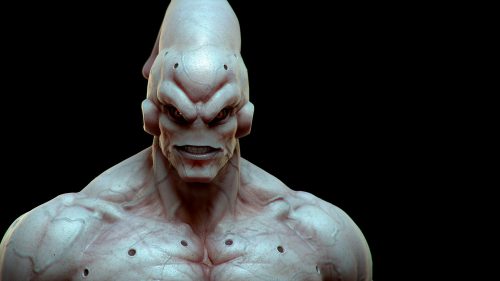 This is the character of perfect Majin Boo in 3D animation. Majin Boo or Majin Buu is an antagonist character in Dragon Ball series. There are several incarnations of the villainous of Majin Boo: