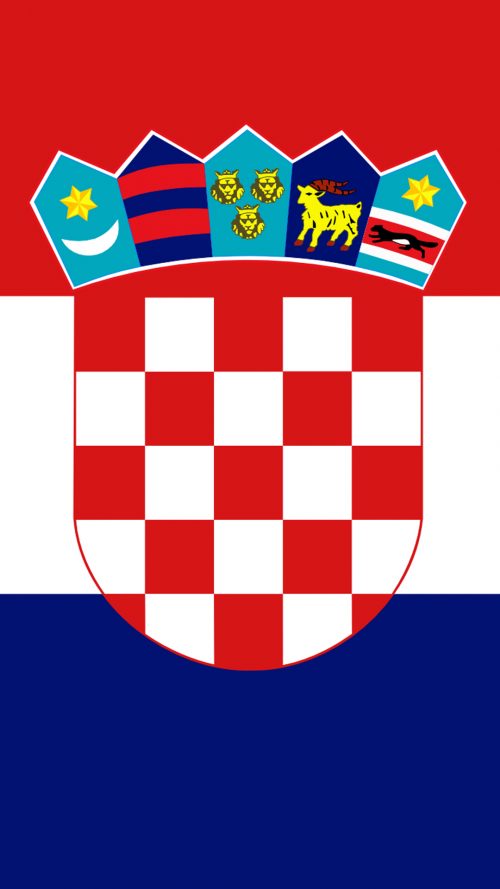 This is a wallpaper for mobile phones with national flag of Croatia. It consists of three equal size, horizontal stripes in colors red, white and blue. In the middle is the coat of arms of Croatia. Originally, this flag has proportion of 1:2, but I use it has been adjusted so it will fix with smartphone’s resolution.

Finally, feel free to collect this wallpaper in original size. You can also get another wallpapers for your smartphones with other soccer pictures by visiting our gallery below: