Coloured Face After Holi for Wallpaper 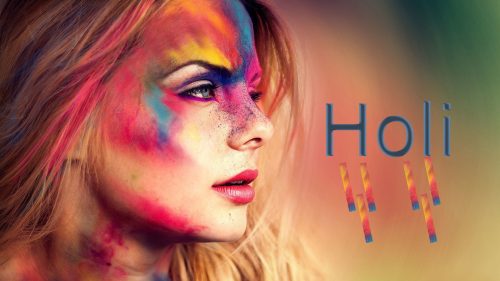 Allpicts.in – What a dramatic picture it is, a photo of colored face after Holi festival. This photo shows you a common effect when people playing colorful powder during the Holi festival. Basically, Holi is a Hindu Spring festival in India and Nepal. At the festival, all the participants gather, play and laugh, forget and forgive, and repair broken relationships.

Holi celebration is an annual festival which celebrates on the day after the full moon in March. In 2021, Holi will be celebrated on March 28 and 29. In some parts of India,  festivities commence a week or so earlier.

Furthermore, Holi also known as the festival of sharing love. You can visit several Best Place To Celebrate Holi In India such as Delhi, Jaipur, Agra and the whole of India. Traditional Holi celebrations are the biggest at Mathura and Vrindavan.

I hope that this wallpaper will be one of your collection by download it in the original size. Alternatively, you can also download other images of Holi by selecting the pictures below: