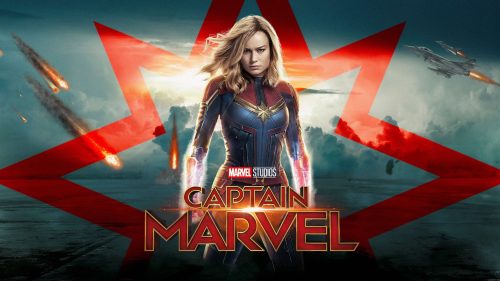 Allpicts.in – I would like to share you this Captain Marvel wallpaper for your desktop background collection. A superhero wallpaper in HD resolution with 1920×1080 pixels. This wallpaper is a perfect choice for customizing widescreen displays. It’s featured with a cool photo of Brie Larson as Carol Danvers/Captain Marvel in high resolution.

Basically, the Captain Marvel is a character of Carol Danvers on Marvel Comics. Captain Marvel also popular as a 2019 American superhero film produced by Marvel Studios and distributed by Walt Disney Motion Pictures. The film was theatrically released in the United States on March 8, 2019, in IMAX and 3D.

Carol Danvers is an ex-U.S Air Force fighter pilot
and member of an elite Kree military unit called Starforce whose DNA was altered during an accident, imbuing her with superhuman strength, energy projection, and flight.

Finally, feel free to download and apply this wallpaper as your desktop background. As an alternative, you can also use another superheros wallpapers on this website by visiting our collection below: