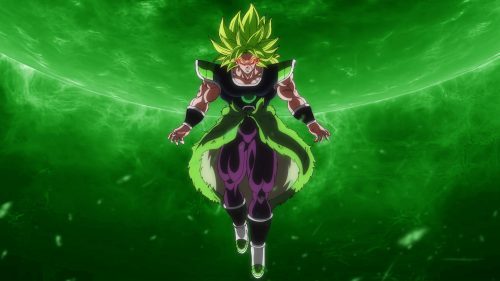 Broly is a powerful Saiyan mutant and the son of Paragus, he is the latest of Universe 7’s Legendary Super Saiyans. As a child, he wore standard Saiyan armor. It had a full-body model with dark-colored chest protection. By adulthood, he no longer wears his armor, and his new attire consists of blue skin-tight pants with white boots. When joining the Frieza Force, he was given the latest model of Frieza Force armor. He was later given black chest armor with a green midsection and shoulder pads. The armor was later destroyed when he transformed into his Legendary Super Saiyan form.