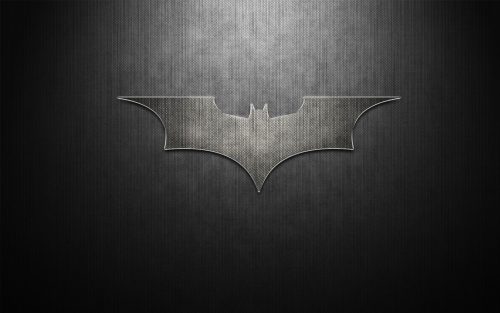 Feel free to download this cool Batman new logo wallpaper, this picture is one the best selection of 27 Batman Wallpapers. Featured with high resolution picture of Batman logo which used at the film of “Batman Begins” (2005) and “The Dark Knight” (2008). The similar logo also appears in the next Batman movie “The Dark Knight Rises” (2012). This logo looks cool with it’s dark color and 3D looks. It’s a modern classic-simple, sharp and one of the best known of recent time.