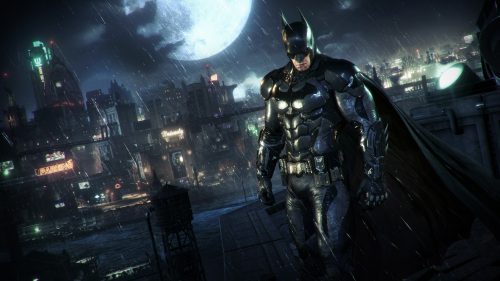 Feel free to collect this game wallpaper of Batman Arkham Knight, featured with cool pose of Batman in the Gotham City. Set this picture as your PC desktop or laptop background and have some fun. This picture is one of our best selection of 27 Batman wallpapers with high resolution.

Batman: Arkham Knight is a 2015 action-adventure video game developed by Rocksteady Studios and published by Warner Bros. Interactive Entertainment for PlayStation 4, Xbox One, and Microsoft Windows (Wikipedia). This game is the successor to the 2013 video game Batman: Arkham Origins.