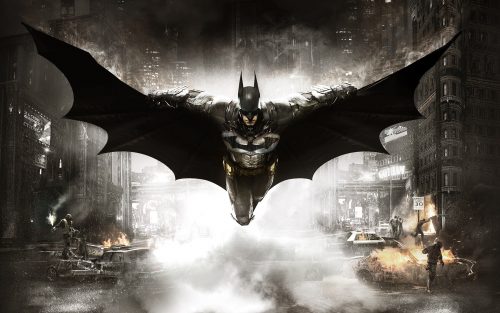 The resolution of this wallpaper is 1920×1200 pixels, a good resolution for laptop or PC desktop with widescreen display. Batman: Arkham Knight is a a 2015 action-adventure video game developed by Rocksteady Studios and published by Warner Bros. Interactive Entertainment. The game is available for PlayStation 4, Xbox One, and Microsoft Windows.