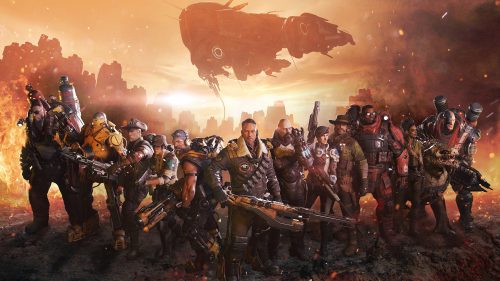 I shared you this evolve games characters for badass game lovers. This is one of the best badass gamer wallpapers that you can download in free. It’s featured with a wallpaper with 4K resolution in 3840×2160 pixels. This wallpaper shows you several characters of the Evolve Games. Evolve is a first-person shooter video game developed by Turtle Rock Studios.

Hunters and Monsters in Evolve

Evolve features a total of 20 different human characters as hunters which split into four classes, each class containing 5 characters. The characters classes are: Assault, Trapper, Support and Medic. There are a total of five Monsters featured in Evolve: Goliath, Kraken, Wraith, Behemoth and Gorgon.

I hope that you will love to collect another badass wallpapers from this website. Feel free to select of them by visiting our collection: