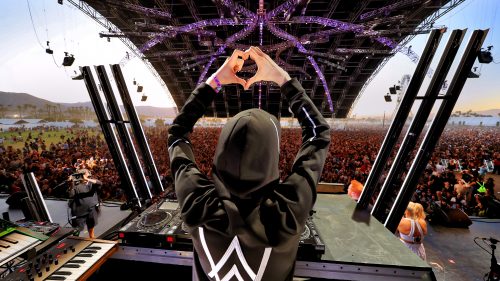 I have many picture of DJs on their performance, such as this one, a live performance picture of Alan Walker. This cool photo was taken when Alan Walker playing as DJ on the stage. I think that this picture can be a cool alternative background for your PC. Moreover, this wallpaper has been adjusted into 4K resolution with 3840×2160 pixels.

Furthermore, Alan Walker also known as DJ Walkzz is a Norwegian DJ and record producer. His 2015 single “Faded” received platinum certifications in over 10 different countries. During 2018, Walker became the top YouTuber in Norway with 10 million subscribers.