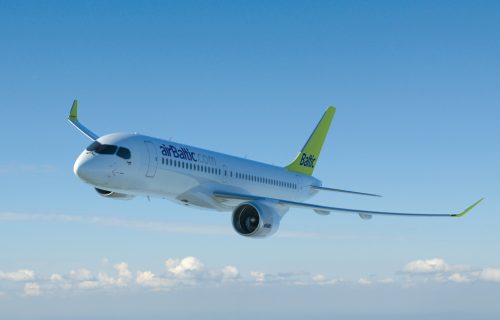 This picture shows you the picture of  the first launch commercial operations of Bombardier’s CS300 aircraft in the second half of 2016 by Air Baltic Corporation (AirBaltic). AirBaltic is the main carrier in the Baltic region, AirBaltic operates direct flights out of Riga, Latvia and serves about other 60 destinations in Europe, Scandinavia, Russia, Commonwealth of Independent States and the Middle East.

I have a lot of high resolution picture with Bombardier C Series, feel free to visit them on below gallery: