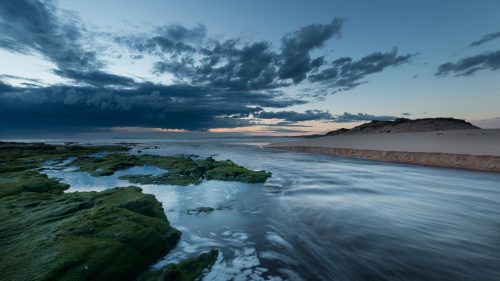 I love to collect river picture, such as this picture of Powlett River in Australia. The Powlett River is a perennial river of the Western Port catchment which located in the West Gippsland, Victoria. This river is rises on the southern slopes of the Strzelecki Ranges and flows generally west and reaching its mouth within Bass Strait, west of Wonthaggi, within the Shire of Bass Coast. In local language (Australian Aboriginal Boonwurrung language) this river also known as Kugerungmome.

As a high resolution river picture, this wallpaper was especially configured in 4K resolution. So, you can get this picture in original size with 3840×2160 pixels.